With its warming glow and distinct rustic tones amber is an aesthetically stunning gemstone. Being this beautiful and unique it is hardly surprising amber is crafted into jewellery and ornaments whose receivers’ regard as eternally precious. As well as being irrefutably alluring to look at, amber’s appeal also stems from its massive healing powers.

The healing properties of amber date back centuries. Archaeologists have found meticulously carved pieces of amber in various digs around the world, dating back to around 2000 BC. Ancient Germanic tribes, including Celts, Greeks, Arabs, Romans and Chinese people viewed amber as an almost sacred entity, which offered them protection and healing powers. Due to its “electrical properties” and rich golden colour, amber, also known as Bernstein, Northern Golf and Electra, was traded far and wide during ancient civilisations. Tribes in Lithuania used amber to drive away evil spirits and to help the souls of the dead travel to good spirits.

In his work on alternative medicine, Hippoctrates (460 – 377 BC), the “Father of Medicine”, described the healing properties and the ways in which Baltic Amber could be used as a healer. Hippocrates’ methods were then used by scientists until the Middle Ages. In ancient Rome, amber was used as a means to protect people against disease, including madness. The zest to exploit amber’s healing properties continued in the Middle Ages, when Baltic amber beads were worn to treat jaundice. It was widely believed the power of this golden stone could ingest the unwanted yellow tinge from the skin.

The belief that amber could heal the mind and cure the body from pain and disease continued throughout history. Before World War I amber was used to treat different diseases, including impotency in men. 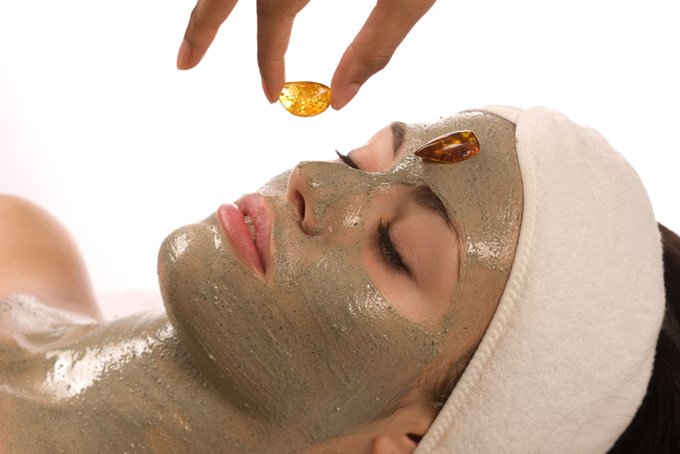 How Can Amber Be Used?

So it certainly has its unique healing uses, but how exactly can we exploit amber’s decisive capabilities?

Today, the ubiquitous love affair with amber remains. This powerful chakra cleanser and healer is said to imbue the body with vitality and is still used as a means to absorb pain and negative energy. By ridding the body of pain, rebalance and energy is restored through amber. As well as alleviating stress and anxiety, amber is still used to treat various illnesses. With its natural antibiotic powers, problems related to the gallbladder, kidneys, stomach, liver and the spleen are believed to be cured with amber. This stunning and distinctive gemstone is also used strengthen muscles and to alleviate joint problems.

Asides it physical healing proficiencies, amber is also said to augment decisiveness. By strengthening the memory and intellect, amber acts as a powerful source in providing emotional well-being. 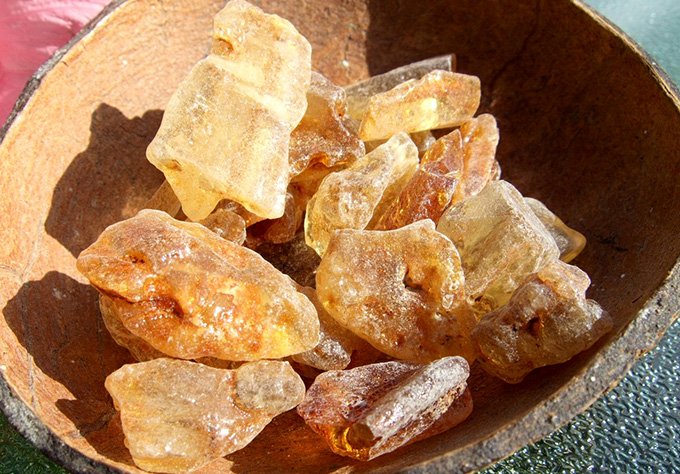 We might hanker after the latest smartphone or DVD of our favourite comedian during the build-up to Christmas, but as the New Year dawns there are really only two things we truly desire: happiness and prosperity. It’s why we make New Year’s resolutions to try and improve our lives or health and a determined mental attitude is often required to maintain these resolutions.

Below are a few descriptions of particularly beneficial healing crystals, one for each of the seven chakras, which will help encourage happiness and prosperity with their particular energies and influences which range from calming and soothing properties, through anti-depressant abilities (which aid the fight against the likes of Seasonal Affective Disorder), to qualities such as idea promoting and the strengthening of our will.


ALMANDINE GARNET varies in colour from a deep red to black and is strongly associated with the Base or Root Chakra. This healing crystal energises from the First Chakra all the way up through all the others, helping to eliminate negative or unhealthy inhibitions. Used to aid transformation, the Almandine Garnet Healing Crystal can give you the strength of will to remain steadfast in your New Year’s resolutions.

CARNELIAN is known to bestow optimism, courage and inner-strength, while also having a grounding ability by promoting calmness and serenity. The Carnelian Healing Crystal can be a powerful anti-depressant to relieve negative thoughts and is especially useful in alleviating Seasonal Affective Disorder (SAD), which can be of great benefit right now as the New Year’s first couple of months are often the coldest and greyest of the year.

AMBER is an especially useful crystal due to attributes which include bestowing good fortune and a strong sense of optimism upon those who feel its influence. Also known as a powerful healer, the Amber Healing Crystal has the distinction of being the earliest recorded precious stone as it is the preserved resin of ancient conifer trees.

KUNZITE is another precious stone, sometimes called Pink Spodumene, which is especially good for combating depression as it is a very cheering and uplifting healing crystal. It is often used as a block for electromagnetic stress. These attributes of the Kunzite Healing Crystal are very useful in our search for happiness in the New Year.

Can’t get enough of our New Years Resolution crystals? Come back next week for more fantastic crystal ideas in Crystals for New Year Happiness Part 2.

Associated with pain relief, good luck, good health and powerful healing energy, Amber crystals will make a wonderful gift for anyone who loves stones and crystals. Amber is a type of fossilised conifer tree resin and is approximately around 50 million years old. Read on to find out more information on Amber uses and the general history of this beautiful and warm stone. We also have a gorgeous selection of Amber crystal jewellery and stones here at CrystalAge.com which will bring positive energy and optimism into your home.

This wonderful Amber healing crystal from Russia has a gorgeous orange-yellow glow to it that will not only look beautiful in your home but will encourage strength, self-confidence and creativity.

This crystal also bestows luck, optimism and absorbs any negative energy and pain from a person or home.

It is also said to filter organs such as kidneys and liver. This striking crystal comes with a handy reference card, describing all the key mineral healing attributes and properties.

So if you know of someone special who enjoys collecting stones, this Amber healing stone is ideal. You will get all the information needed to understand and how to use this crystal.

Amber is a beautiful stone and here at Crystal Age we have recently expanded our selection of fine amber jewellery. We now have a much wider selection of amber pendants and a new range of amber earrings that make wonderful gifts. We also have more different colours of amber, including elegant green amber and gold-flecked varieties. Amber is found in many colours but all the varieties have a richness about them that looks very glamorous. Amber jewellery seems to glow when the light hits it and gives you a wonderful look.

Amber has a unique place in crystal healing because it is not a mineral but an organic substance. As the fossilised resin of extinct trees, amber is very different to other crystals. It was the first precious stone described in human history and has been used as a protective amulet for at least seven thousands years. Amber is believed to bring you good luck, happiness and an optimistic, sunny nature. It is also said to have a powerful healing and cleansing power that can help joint problems, improve wound healing and absorb pain. Amber is aligned with the Solar Plexus chakra and the star signs Aquarius, Taurus and Leo.

Amber is found in many colours, of which green is one of the most attractive. Experts believe that green amber is formed when resin fell onto mineral deposits or volcanic ash. It makes beautiful jewellery and has its own set of healing attributes. Green amber is said to have a bright energy, like new sap rising in Spring. It is said to clear the heart chakra and fill it with love and joy. Green amber is also associated with wealth, fulfilment and empowerment. It is aligned with the same star signs as golden amber but it connects with both the Heart and Solar Plexus chakras.

The mesmerising warmth of the Amber Healing Crystal is truly stunning, the fossilized tree resin originates from Russia. Amber Healing Crystal is very much an Earth stone and is believed to be a powerful healer and cleanser removing diseases from the body and as well as promoting tissue revitalisation. Since ancient times amber has been considered a magical stone, said to bestow luck and happiness and to health issues such as joint problems.

You can enjoy the beauty of ancient amber with this fine Amber & Insect specimen, beautifully presented in a clear square box. Inside the gleaming droplet of amber is a perfectly preserved insect and you also can make use of the magnification on the box to inspect the insect closer. This Amber and Insect is approximately 50 million years old, formed from the resin of extinct conifer trees. The Amber and Insect is a great gift for both adults and children alike, keeping a great piece of history alive in your own home.